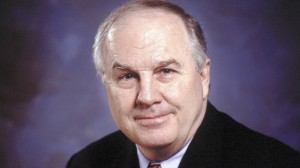 Ron Ellis started out as a professional hockey player to speaker, now speaks about his personal experience with depression.

Ron Ellis is remembered for his career with the Toronto Maple Leafs and member of the Team Canada hockey team.

During his 15 years as a professional player, he assisted in bringing the Stanley Cup home for the Leafs in 1967 and won against the Russians with Team Canada in the World Hockey Summit Series in 1972. 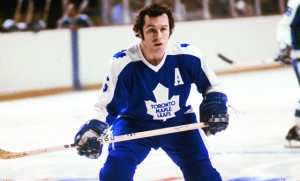 Through the eyes of the world, Ellis was a successful man. His professional athletic career, his reputation as a great player and his role as a family man added up to success.

Depression, however, took over his life during the mid-1980s. He lost his self-esteem, confidence and his ability to concentrate, withdrawing from his friends and family. For 10 years, he struggled before agreeing to get help.

Today, Ellis shares his life with Canadians in hopes of removing the stigma around mental health issues. He has toured across Canada, talking to people whose lives have been affected by depression. Whether those listening suffer themselves or have a relationship with someone else who does, Ron offers an honest approach to an open discussion.

Over the Boards: The Ron Ellis Story is written by Ron Ellis and Kevin Shea. OVER THE BOARDS chronicles a story of challenges and how Ron Ellis was able to face them head on.

I was honoured to have the opportunity in speaking with Ron in support for the Bell Let’s Talk campaign.