Mental Illness Portrayed in the Media 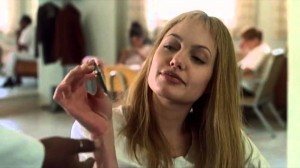 Chances are the majority of knowledge of mental health comes from the media. Researchers have suggested that most portrayals in the media are stereotypical, negative and incorrect. Stigma towards mental health has been in the media as far back as the 1800’s; “Dr. Jekyll and Mr. Hyde”; dissociative identity disorder, formerly called a split personality disorder or multiple personality disorder. Inaccurate portrayals of people with mental illness has created negative stereotypes in all types of media; internet, television and print material such as magazines and newspapers.

In most cases, the psycho killers, crazy girlfriends/boyfriends, stalkers and criminals all have some kind of mental illness according to Hollywood. All too often the result is that of our culture’s fear and ignorance towards mental illness.

This is where the stigma takes affect; the majority of people living with a mental illness are most likely to be victims of violence rather than committing the crime, based on a study in 2014.

I was a Criminal Minds fan up until a few years ago. I noticed they included ties between the crime and a mental illness; it was in every episode and I cannot watch it anymore.

The movie “Split” which came out in theatres January 20, 2017, has a lot of controversy within the mental health community. I have read comments on Facebook from some people who live with mental illness and still want to watch the movie because it’s that – a movie. There are others who live with mental illness and are disgusted at how the movie shows Dissociative Identity Disorder (DID) formerly known as split personality, multiple personality disorder and also frequently mislabeled as Schizophrenia.

Sometimes the stigma attached to mental illness is so strong that people are usually unwilling to seek help out of fear of what others may think.

What can we do to help end this stigma in the media?
– call or write to the publisher or editor of the newspaper, magazine, book, or radio and TV station. Help them realize how their publication has affected those people with a mental illness
– start a discussion about that movie, TV show, article you read etc. Explain how it really is living with a particular mental illness
– KEEP TALKING & KEEP LISTENING