How Does Depression Really Feel?

By: Anita Levesque
In: Depression, Personal Stories
With: 0 Comments 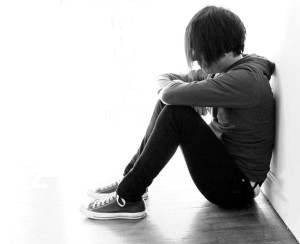 I have suffered from clinical depression for over three decades. Depression is a disease, a disorder, the manifestation of something fundamentally wrong in the functioning of my brain. I can no more will myself out of depression than a diabetic can will his pancreas to produce more insulin. As I recently told someone critical of Robin Williams’ suicide, judging someone killed by depression makes as much sense as judging someone killed by cancer.

If depression is more insidious — and more misunderstood — than other disorders, it is because its core symptoms are mental and emotional. This can make it difficult to distinguish the person from the disease, as our thoughts and emotions define who we are. This confusing of the person with the disease is not confined to non-sufferers; when the depression is especially bad, I lose the ability to remind myself that this is not me. That is when depression is dangerous; when it swamps the person inside to the extent that they believe the irrational, self-negating thoughts are fully their own, rather than the diseased processes of a dysfunctional brain. And there is something more to depression, which is hard to put into words adequately: it wants to kill you. In the lowest lows, the darkest depths, it makes you “understand” that you need to be dead. The necessity and inevitability of suicide becomes as self-evident as one plus one equals two. You find yourself wondering why you haven’t done it yet. What’s holding you back? What is this week’s lame excuse for continuing, when the future holds only more pain and failure?

The difference between “feeling low” and clinical depression is the difference between a paper cut and a knife in your back. I have a high tolerance for physical pain, but “pain” hardly begins to describe what depression does to your mind. It swallows you and the universe whole, replacing every vaguely good thought or feeling with a rasping oily blackness that wants to blot you out of existence.

You don’t cope with depression so much as you build a repertoire of techniques for escaping from it, and they are all unhealthy: alcohol abuse, disconnecting from friends and loved ones, obsessing over the world’s many evils in an attempt to comfort yourself with the thought that others share your hell. I sleep to escape it. It has cost me jobs and relationships and more opportunities than I can count. Depression leaves wreckage in its wake, hurting more than just the sufferer, wounding innocent bystanders as it carries you along. Depression is a bastard.

I have been through every form of therapy and medication. One pill helps a little. Very little. Antidepressants are not “happy pills”; they are “painkillers.” Just as an aspirin may hold a headache or toothache at arm’s length for a while, antidepressants (if you’re lucky) may help dull the edges. At least a little. At least for a while. You take what you can get.

This is not an appeal for sympathy. It is a request to consider depression in a light you may have discounted in the past. I know other people suffer from other conditions with a grace and courage few of us can imagine. But please don’t judge someone fighting for their life with this wicked disease. Whether we hide in a corner or try to cover it with a clown face, some small measure of understanding — and patience — couldn’t hurt.

2014-09-08
Previous Post: I had a black dog, his name was depression
Next Post: Depression Poem for a Friend