2015-01-19
By: Anita Levesque
In: Depression, Living with Mental Illness, Personal Stories
With: 0 Comments

Written by David Sandum http://davidsandum.org/ People often ask me, “Have you always known you wanted to be an artist?” The fast answer is no. It wasn’t until many years after my first exhibit that I made a conscious decision to become one. I had originally planned to become a business consultant. During my senior year of college, however, my life started veering off course. I had trouble sleeping, cried for no reason, thought I would fail everything, and went to the emergency room twice, terrified I was having a heart attack because my chest hurt so badly. The doctors would tell me nothing was wrong, END_OF_DOCUMENT_TOKEN_TO_BE_REPLACED

2014-12-22
By: Anita Levesque
In: Bipolar, Living with Mental Illness, Personal Stories
With: 0 Comments

By Andy “Electroboy” Behrman http://www.electroboy.com/ 2008 For years, I suffered with a mental disability. I still do — no one has found a cure for manic depression (bipolar disorder) yet. During those crisis years, though, nobody knew anything was really wrong with me. I was experiencing a wild rollercoaster ride of frightening highs and lows that put my life in jeopardy, but my disability was completely invisible. END_OF_DOCUMENT_TOKEN_TO_BE_REPLACED

“I am Jonathan”   Having retired from professional filmmaking, this had been where I left off–a study of psychosis and schizoaffective disorder as I saw it through the schizophrenic lens in 2009 and 2010. “I am Jonathan” is intended to be educational; target audience being grad students in psychology and counseling. It’s just time for me to let it go, at this point in my life. I do hope it might prove helpful, offer hope and understanding of what schizoaffective is like for me on a daily basis. END_OF_DOCUMENT_TOKEN_TO_BE_REPLACED

Written by: Wendy Sparrow http://wendysparrow.com/ I’m medicated for OCD. I have to be. And it’s not 100% symptom control…more like anywhere from 30-60%. But my OCD is severe enough that I don’t expect total symptom control. There’s this thing about going the medication route. You’re not working through your problems and coping despite them like you do with therapy. You’re not feeling them every moment like when you’re suffering with them or practicing avoidance. They’re a background noise…one that you’re ignoring, and the medication makes it easier to ignore them. END_OF_DOCUMENT_TOKEN_TO_BE_REPLACED

Written by: Neely http://deardarlingsanity.com/ As a 24 year old female who has endured, suffered and been at the mercy of ill mental health I am inspired by campaigns by charities such as, Mind, Re-Think, and B-eat to talk. Having experienced discrimination, ignorance and stigma throughout my own struggles I truly believe that it is time to talk in order to reduce these negativities surrounding not only the topic of mental health, but also for those experiencing it. Through diagnosis after diagnosis I remain in recovery for a disorder best described as somewhere between Borderline Personality Disorder and a Dissociative Disorder. In my time I have END_OF_DOCUMENT_TOKEN_TO_BE_REPLACED

By AIMEE LEE BALL http://well.blogs.nytimes.com/ To the casual observer, Danielle Hark was living an enviable life, with a devoted husband, a new baby and work she enjoyed as a freelance photo editor. But she was so immobilized by depression that she could barely get out of bed. Her emotional state could not be explained in postpartum terms — she had suffered from debilitating depression for most of her life, and ultimately received a diagnosis of bipolar disorder when her daughter was a year old. “I thought about killing myself for the first time in seventh grade,” said Ms. Hark, now 33. “I went from therapist END_OF_DOCUMENT_TOKEN_TO_BE_REPLACED

2014-10-28
By: Anita Levesque
In: Bipolar, Living with Mental Illness, Personal Stories
With: 0 Comments

By: Keith O’Neil keithoneil.com Everything was perfect. I had recently retired from the NFL with a Super Bowl ring. I was working in a great industry as a medical device representative. Jill and I had recently settled into our dream home located in a beautiful suburb outside of my hometown of Buffalo, NY. We were back around family and friends on a regular basis for the first time in many years – we were enjoying life! Thoughts of having a family of our own were on the horizon. Life was good, even great. END_OF_DOCUMENT_TOKEN_TO_BE_REPLACED

2014-10-27
By: Anita Levesque
In: Bipolar, Coping Tips, Living with Mental Illness, Personal Stories, Supporting a Loved One
With: 1 Comment

By Elena Peters thebipolarmaniac.com   In many ways, my marriage is no different than anyone else’s marriage. This is the second marriage for both my husband and I. We both have children from previous marriages. We both have ex-spouses that are still involved in our lives on a daily basis. We have extended families with varied backgrounds, sprinkled all around the world. We have jobs and mortgages and commitments that pull us in all sorts of directions. Just like any other marriage, there are things that bug me! My husband leaves the toilet seat up, doesn’t put the cap back on the toothpaste and leaves END_OF_DOCUMENT_TOKEN_TO_BE_REPLACED 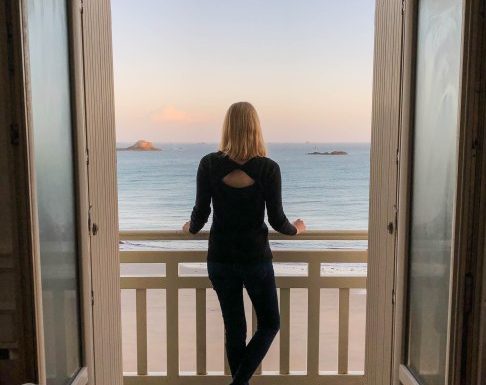 By Alex  Source: lifewellwandered.com Hi, I’m Alex and I have depression. I’m not depressed at the time of this writing. But I do have depression. It sucks. And it likes to strike at the most inopportune moments. Isn’t that how it always is? (note/TW: this is how I have experienced anxiety and depression, and sometimes still do) But first, Anxiety: I’m very open about my experience with anxiety. Mostly because I feel like it’s more accepted. Sure, it might debilitate me, cause my mind to spiral out of control, make me cry, make me sick, make me too afraid to leave my home sometimes. But it END_OF_DOCUMENT_TOKEN_TO_BE_REPLACED

by Kurt Cunningham http://www.citizenkurt.net/ I tried to end my life one night after having a wonderful fun-filled evening with friends. It was in November 2012 — I had a plan in place for months. Not one person had any idea what I was planning to do. After a series of life-changing events that began in 2009 and included the closing my once- successful business of nine years, and culminated with the death of my mother in August 2012 life just seemed unbearable to me. My finances were a mess. My health wasn’t great. And I couldn’t make a romantic relationship last more than a few END_OF_DOCUMENT_TOKEN_TO_BE_REPLACED