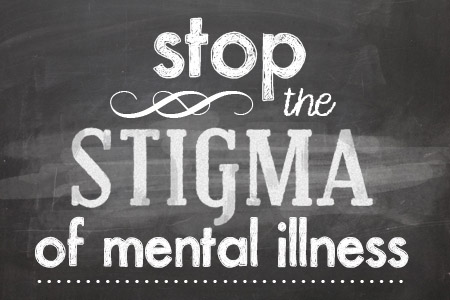 stig-ma      ~ a mark of disgrace associated with a particular circumstance, quality or person   People who live with mental illness face stigma every day; treated differently, as if they’re less than others.  The stigma is very real and it hurts. Stigma occurs whenever there are negative judgements or stereotypes about those with any form of mental illness. When someone is called “dangerous” or “crazy”, that’s when stigma shows. END_OF_DOCUMENT_TOKEN_TO_BE_REPLACED

Chances are the majority of knowledge of mental health comes from the media. Researchers have suggested that most portrayals in the media are stereotypical, negative and incorrect. Stigma towards mental health has been in the media as far back as the 1800’s; “Dr. Jekyll and Mr. Hyde”; dissociative identity disorder, formerly called a split personality disorder or multiple personality disorder. Inaccurate portrayals of people with mental illness has created negative stereotypes in all types of media; internet, television and print material such as magazines and newspapers. END_OF_DOCUMENT_TOKEN_TO_BE_REPLACED

2014-09-26
By: Anita Levesque
In: General, In The Workplace, Living with Mental Illness
With: 0 Comments

Do you face mental health stigma in the workplace? Learn how to let go of the ‘doom and gloom’ attitude and empower yourself to deal with workplace stigma. END_OF_DOCUMENT_TOKEN_TO_BE_REPLACED